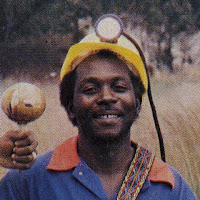 Mofene David Sitoe the principal artist behind Banda Six, hails from Chibuto (near Maputo) in Mozambique and recorded his first transcription records for Radio Mozambique in 1964. In 1975 he found part-time work in South Africa at the Durban Deep Gold Mine in Roodepoort. Interestingly that same year Mozambique became independent from Portugal.

Being a foreigner in South Africa, it was not clear to Sitoe how he would be able to record his music until he met Jimmy Mahlangu in the early 1980s. Mahlangu introduced Sitoe to Lucky Monama, Gallo’s traditional music producer, who auditioned and subsequently recorded him for Mavuthela’s iconic Motella label. Monama, of course, of the famed Makhona Tsohle Band moved into production at Mavuthela after Rupert Bopape began to spread his responsibilities to a number of understudies in the early 1970s. (Read Nick Lotay’s excellent essay on the subject at Matsuli.) The Mavuthela sound with Monama’s hand is evident in the resultant record—an amazing merging of Shangaan vocal, sparkling guitar-work and the signature elastic mbaqanga bassline. Listen to tracks like Usiwana David and you can hear hints of that future Shangaan Electro sound.

Shangaan (or now more correctly Tsonga or Xitsonga) is spoken predominantly in the eastern side of South Africa’s most northern province—Limpopo—roughly around the Kruger National Park region; and in Southern and Central Mozambique especially around Maputo.

Neo-traditional Shangaan music, according to Rob Allingham, generally consists of a circular structure featuring call-and-response vocals (often a male lead with a female response chorus) together with a guitar and several percussive instruments. The guitar itself was brought to the region by the Portuguese in the sixteenth century and became popularly adopted by Zulu, Ndebele and Shangaan cultures.

The Shangaan Electro album also features this male call and female response chorus albeit in producer Richard “Nozinja” Mthetwa sampled form. With Mthetwa’s dance sound the guitar has given way to the marimba and synthesizer organ. Though the electric keyboard dance-beat is not new and the vocal structure is evident in earlier Shangaan groups including General MD Shirinda & the Gaza Sisters (featured on Paul Simon’s Graceland), Thomas Chauke & the Shinyori Sisters, Obed Ngobeni & the Kurhula Sisters, Makhubela & Nkhohlwani Girls to name a few. The female chorus and synthesizers are notably absent from the Banda Six album but his cyclical guitar work is complemented with a fast-paced rhythm section of congas and maracas.

Banda Six has put out at least six albums, mostly on Gallo’s Motella and Spades labels. 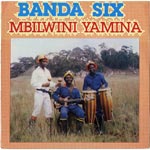 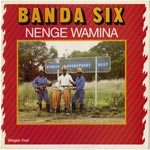 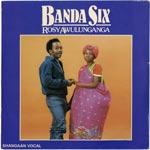 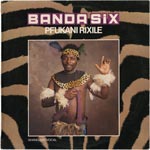 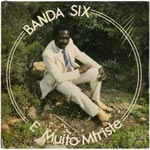 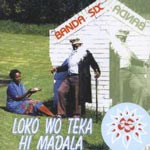