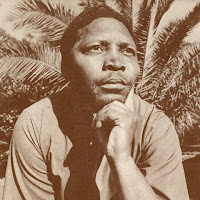 Information on Memela, like his records, is hard to come by and much of what I have gleaned below has been sourced from various blogs, auctions and the research of Yvonne Huskisson.
Composer, guitarist and later producer for WEA Records in South Africa, Almon Sandisa Memela was born in Donnybrook, KwaZulu Natal in 1936. His first guitar was homemade, but his parents were not supportive of his musical endeavors and so he taught himself to play on borrowed instruments. After briefly working at the United Tobacco Company in Durban, Memela moved to Johannesburg in 1956 to work on the mines. While there he sought to take guitar lessons at the legendary Dorkay House in 1958. The three-storey education and performance centre was purchased by Union Artists (with proceeds from the 1954 farewell concert for anti-apartheid activist Father Trevor Huddleston) and became a fulcrum for artists to meet and share ideas. As it turned out, Memela, rather than becoming a student was asked to teach the guitar lessons!
Memela made his first recordings in 1959 and his early career included band work with the United Artists’ productions of King Kong, In Township Tonight and Mhobelo as well as background music for the Jamie Uys film Dingaka. His first recording as composer was the track Nozizwe with the Travelling Singers in 1960. In 1963 his work began shifting toward instrumentals exclusively—interestingly, the same year that he formed his group, Almon’s Jazz Eight.
The Jazz Eight recorded and performed throughout the 60s and 70s (listen to their HMV 78s in the Ballantine Archive) and the line-up included amongst others, future Drive members, Henry and Stanley Sithole (who joined the group around 1966) and Bunny Luthuli (in 1968). In 1969 the Sithole Brothers formed the Heshoo Beshoo Group before they and Luthuli established the Drive in 1971. In the mean time Memela and his group The A.M Stragglers recorded Soul Bandit (1969, Little Giant, G2).
Memela is remarkably versatile and his style shifts from soul jazz with the Stragglers to bump jive with Abafana Bamaswazi (on Highway Soul and the Swaziland Likwindla Festival, both 1977); from straight mbaqanga on some 45s to the rich afro funk textures featured on Funky Africa (1975, Atlantic, ATC 9583).
In the world of eBay, Funky Africa has been elevated to “holy grail” status making this rare album even harder to come by and excessively expensive. The album is tight and excellent but we might reserve the title of “holy grail” for Memela’s even rarer album Broken Shoes (1976, Highway Soul, HSL 2009)… or at least until we listen to it!
DISCOGRAPHY 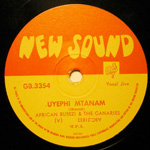 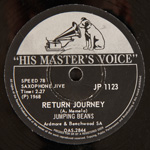 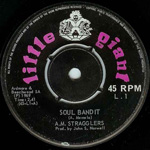 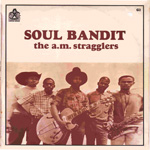 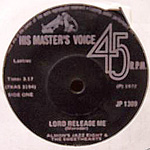 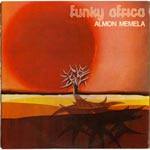 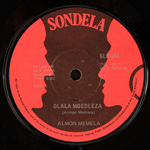 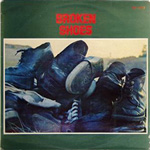 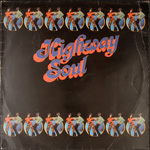 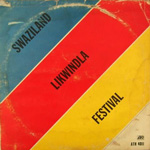