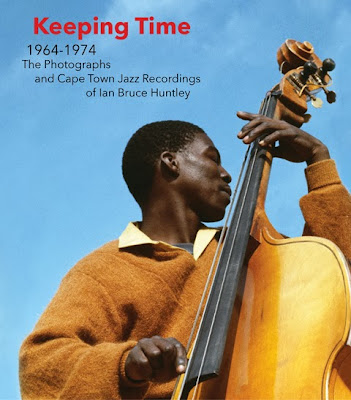 Electric Jive is very happy to announce that a limited edition print run of 500 copies is now at the printers. The book is expected to be available towards the end of November.

This book celebrates the public emergence of an extraordinary visual and audio archive that was initiated by Ian Bruce Huntley in Cape Town fifty years ago.

Covering the period 1964-1974, the Ian Bruce Huntley archive opens a window to a little known era of South African music history, documenting an ‘underground’ jazz scene that persisted in creative defiance of all that grand apartheid threw at it. In addition to 120 historical images, 56 hours of live recordings from many of the photographed performances are indexed in this book and will become available for free download through Electric Jive.

Many of the musicians Huntley worked with have passed on, and a large number were never afforded the opportunity to record (whilst others remain woefully under-documented). Combined with the loss to exile of yet more key people in the history of jazz in South Africa and the general inaccessibility of records that do exist, this conflation of events and circumstances has left a big dent in our historical understanding and resources. For those students, musicians, scholars, and devotees of South African music who wish to engage with the achievements of a generation of South African jazz musicians the newly found accessibility of the Ian Huntley archive goes a small but invaluable way towards maintaining memory and articulating lost stories

Published by Chris Albertyn and Associates in partnership with Electric Jive, the book is edited by Chris Albertyn. In addition to a biographical sketch of Ian Huntley, the book offers a substantial essay by Jonathan Eato, a full discography of all the recordings, and an index. Electric Jive's Siemon Allen is responsible for the design and layout, while Cedric Nunn has painstakingly spent many, many hours restoring the professionally scanned digitized images. More details will be made available in the coming months. 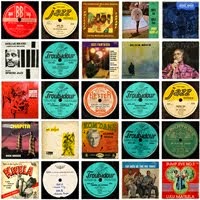